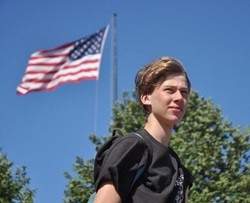 Hallo. My name is Louis Praeger-Jahnsen. I am a student on a gymnasium called Rysensteen. Rysensteen is located in downtown Copenhagen. The part of the city is called Vesterbro. In Denmark education is obligatory, so you need to go to primary school. The primary school in Denmark is called "folkeskole". Primary school is from 0 grade to 9th grade. After that there are no requirements for continued education. But if you will you can continue on a lot of different of educations. You can be mechanic, carpenter, or just continue in high school. That is what I did. Almost all the choices of education in Denmark are free, unlike in eg. USA. And if you are studying the government will support you with financial support. The word for that is SU, and every student cannot wait for the day they are old enough. There is a limit of how young you can be before you can get SU. The limit of how young you can be is 18-years-old. The amount of money you get from the government is around 1600 Danish kroner (DKK) . 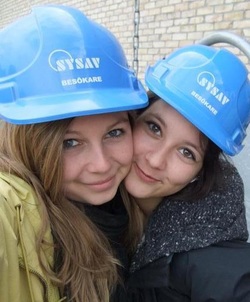 English blog on education in Denmark

The school system in Denmark is different to most other school systems in the world, though not knowing how the Icelandic one is build up I can’t say with certainty that ours and yours aren’t similar.

First of all it’s free and second of all we start school later than some other countries. Usually we start school when we’re around six years old, in something we call kindergarten class, if you’re immature for your age you might start this class late, and if you’re mature for your age you might start this class early, but most children go when they’re around six years old. Afterwards we just move up classes each year, so after kindergarten is 1st class then 2nd class and so on up until 9th class. From kindergarten till 9th class, we usually go to the same school. This is the compulsory part of our school system. When we finish this, most of us go to gymnasium (which is where we are now), it’s three years of more school, though there is a huge difference between gymnasium and school. In the gymnasium we’re responsible for own learning, and we get to choose what kind of subjects we want to have, which we weren’t allowed to at the same extent before. Our class chose biotechnology, maths and physics, so we’re a pretty scientific class, at the same time as having the subjects mentioned before; we still have compulsory subjects such as Danish though.

When we finish gymnasium, you can keep on studying at university if you want to, that part of the educational system is the same pretty much everywhere in the world, and afterwards we can do anything we like. 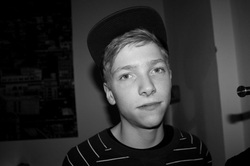 In Denmark there are many different opportunities of picking an education.

Education: There’s STX which is a general upper secondary school, and it takes three years to implement it. There, you learn a broad knowledge of a lot of different subjects.

There’s the HF education, and that takes two years. The 2-year HF is a secondary education, targeting adolescents or adults who do not come directly from the 9thgrade.

You can also, after the 9th grade, apply for a trade school, and it’s a 3-year education. It’s called a HHX education. The HHX includes subjects as trade and economics at both corporate and community levels. 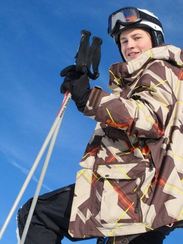 In Denmark education is free which means you have no excuse not to study. We have a kind of middle school, which is from the age of 6-16 years. It is a basic education that opens all of the possibilities. After middle school you can go to vocational qualification or you attend a gymnasium which there is 4 STX which is the basic education in Denmark, where you can go everywhere. There is also HTX, which is the technological gymnasium; there is HF, which is a short education in only two years, whereas the others take three years. HHX is the business gymnasium, where you are educated in trade and marketing. When you get to the age of 18 years, you get this thing called SU, which means that the government will give you money; the amount of money is given in relation to your mothers and fathers income. If your mother and father earn a lot of money you will get less money. You only get SU when you are in the middle of your education, if you stop SU stops. After gymnasium you can study to whatever you want to be and after that you are ready for a job. 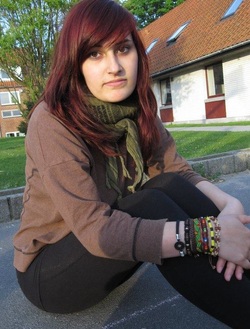 In Denmark there is free education for everyone. That is very different from Great Britain and The United States where you have to pay to attend high school and college. I have embraced that opportunity and I am currently studying at a high school in the centre of Copenhagen. The name of the high school is Rysensteen and I am studying biotechnology as my main subject.

Before we go to high school, we go to elementary school for 10 years. I have been attending two different schools, and one of them was a German elementary school located in Copenhagen. In the German school we learned German and were taught math and science in German.

For one year in 9th grade I attended a boarding school. On the boarding school there were 80 pupils, two people living in each room. My main subjects involved outdoor activities and music class. We went on a hiking trip in the winter and a kayak trip in the spring. It implied us living in tents and bivouacs and cooking our food on a campfire. I learned so many thing that I can use in the future and I am grateful to have met so many different people. In Denmark we attend high school for 3 years and I am on my first year. After high school we are able to go on attending university. I think that I will go to university and study some kind of science major and I think that many of my classmates are going to do the same. 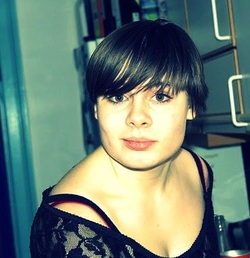 There is a variation on the average grades in the different post-school educations (“gymnasiale uddannelser”):

University is also an option – mostly after one of the post-school educations.

In Denmark there’s “school-duty” until the 9th grade and therefore here’s a lot of free schools which children from the cities close to can attend. After that, we’ve still got free education. Rysensteen Gymnasium is a free post-primary school educational school and youngsters from all around the island can search for admission. This search for admission often goes on around March in the 9th grade, 10th grade or in the possible sabbatical year before the summer. In the months March, April, May and June there are therefore a lot of excited youngsters walking around all tense and scared, waiting for an answer from one of the places they have applied for admission to attend.

After kindergarten, at the age of 6, I went to the 0th grade – the “kindergarten grade”. I went to a private school and I stayed there until the end of 5th grade. The summer after that school year, I decided to move up a grade and start on a new school – one of the “normal” free schools. I only stayed there one year before I changed my mind and went back to my old school in the one year older class, than my old one. I stayed here for 8th and 9th grade, and after that I was one of the lucky yearly 310 youngsters to get accepted into Rysensteen Gymnasium.

It hasn’t made that big a difference that I’m one or two years younger than most of the people in my and the other classes, but it is a little bit unusual. Most people who attend STX, HTX or HHX is about 16 or 17 when they start, and 20-21 at their graduation from same.

In our class, “X”, we are studying biotechnology. That means in our case that we’ve got math and biotechnology on the highest level possible at our school. At Rysensteen, a lot of possibilities for different types of classes are available.

Besides from our “biotechnology class”, there’s a music class, drama + Spanish class, social study classes (including different languages such as Chinese or French), science class (physics instead of biotechnology, but otherwise more or less the same as ours), linguistic class and a class of gym. 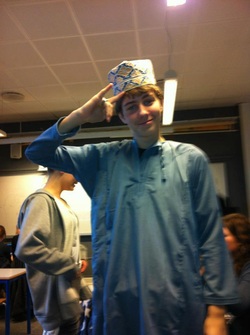 The Danish education is one of the best in the world for what I know. We start school when we’re about five-six years old, in what is called kindergarten class. There we learn the principle of going to school and we begin learning how to read. Later on, in the third grade we start having English as our primary foreign language. Depending on whether you attend a public or private school you and your classmates will also be going on an educational trip to a foreign country where you’re supposed to learn how to behave and act in other countries. Later on in the seventh grade we can choose either German or French as our secondary foreign language. After the ninth grade we can decide whether or not we want to go to tenth grade or go right to the “Gymnasium”, which I guess is the Danish equivalent to high school. Three years of hard work with the workload increasing every year and a lot of assignments. But there are upsides as well. In Denmark we’re allowed to buy alcohol with an alcohol percent under 16,5% when we’re 16, so while we struggle with making all the assignments and handing them in before the deadline, we party our arses off. I still don’t know whether being here or on some of the other educations like this one (there’s one with technology and trade/economics as well, apart from the different directions you can take.) is going to pay off. But I’m having a blast together with a bunch of awesome people so I’m not going to complain.