Breast cancer is a disease that is most common among women. It is a mutated cell that divide it self, uncontrolled. The disease is a genetically inherited disease however it does not always express itself. Breast cancer is caused by inheritance, female sex hormones, alcohol, obesity, when you give birth and when you go into menopause. The cells turn into a tumour and spreads to the rest of the body. From the lymph nodes a path is created and it quickly spreads to other parts of the body. Some treatments that can decrease the disease can be e.g. operation and afterwards radiotherapy or/and medical treatment. A normal cell mutates which leads to a regulation error. 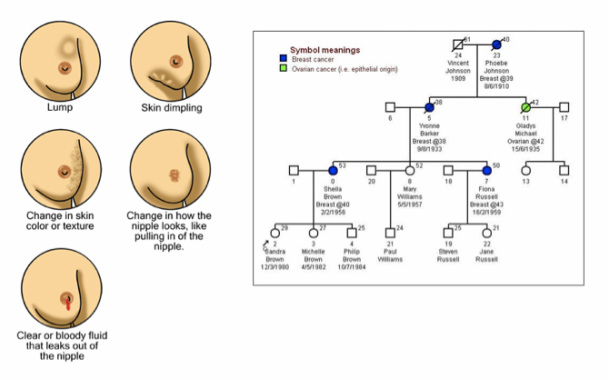 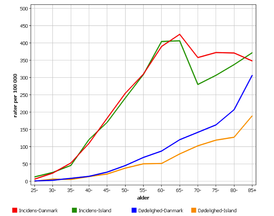 The most remarkable difference is in the mortality, which in Iceland is maybe not low, but at least lower than the one in Denmark. The Danish mortality grows a remarkable lot after the age of 55 compared to Iceland where the mortality stays at a more reasonable level.